After decades (yes, plural, it turns out) of maintaining a ridiculously out-of-date website on one host, I’ve switched over to WordPress.com.

Lots of traffic is probably looking for the Kafka resources and other things I had on the old site.  I haven’t moved it over yet, but will get to it eventually.

In the meantime, here’s one of my favorite YouTube videos:

Comments Off on Welcome, Internet.

My Pros and Cons of my Honda CR-V 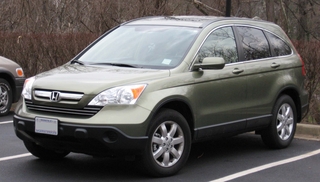 I bought a Honda CR-V about a year ago – after owning two Jeep Cherokees in a row.  I wish I could have gotten a third Cherokee, because over the past year I’ve not been very happy with the CR-V.  Below is a list (in no particular order) of things I don’t like about it, and some things I do.  I tried to only include objective things, and not just things that I liked better about the Jeep. 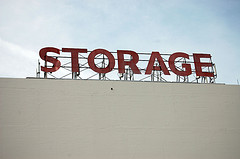 Everyone knows what a time capsule is, right – you put a bunch of junk in it, don’t open it for twenty years, and then enjoy going through the junk again.

I think this would be a perfect business model for a storage company – especially when the target market is college seniors.

When I was in college (’92-’96), my roommates and I accumulated all kinds of Miscellaneous Debris. When we get together now, we often talk about cool stuff we had, and wish we still had it. Of course the realities of life mean you can’t keep all that stuff – and really, you certainly don’t need all that stuff, but it still is fun to reminisce.

So, this company would help with that. When someone graduates college, instead of throwing away all the cool stuff, or instead of trying to keep it and then getting rid of it slowly as you move, get married, etc., the business model would be that they would create a “college capsule” that this company would keep and store for you. The, after 20 years or whatever, you’d get it back and enjoy remembering it all and reliving college life.

I think that would be neat, however, there would be some problems. First, it would probably be A Lot of junk, so whatever storage facility the company used would need to be huge. Second, I think you’d need to have the person check in with the company every five years or something, just to make sure the company could re-locate them when the 20 year period was over. Which would be too bad. I think many people would have forgotten entirely that they did this, and how great would it be for them for the company to show up with their capsule one day out of the blue? That seems like the fun part of a time capsule – not knowing what’s inside.

Words to Live By

Here’s a collection of “words to live by” that I’ve heard during my life – some I try to follow, others I just remember for whatever reason. Bonus life points to anyone who can cite the sources:

Love may fail, but courtesy prevails.

Beware of all enterprises that require new clothes

Adventure, excitement, a Jedi craves not these things.

[if you ever sing the National Anthem before a sporting event]
Sing it fast, sign it straight, and don’t mess up the words.

Comments Off on Words to Live By

Know the Gender of Your Baked Goods

Posted on December 31, 2011 | Comments Off on Know the Gender of Your Baked Goods

Once upon a time, my friend Banjo Mike’s daughters explained to me how to tell if your piece of pizza was a boy or a girl. This was my first experience in sexing food (and even I will admit that it seemed based on suspiciously flimsy grounds).

However, did you know that there really are gender differences between things like brownies, cookies, and M&Ms? It’s quite easy to tell: the boy ones have nuts, and the girl ones don’t.

Comments Off on Know the Gender of Your Baked Goods

Rules of the Office Candy Dish

While there is some literature already devoted to the office candy bowl (does it make your coworkers fat, fatter, or just happy), I wanted to lay down some rules as to the mechanics of candy dish protocol:

Funny story about M&Ms: a coworker of mine once conducted an experiment to see how disgusting and unappealing he could make a bowl of M&Ms and still have people eat them. First, he kept a bowl on his desk to see who in the office would use a spoon to scoop some out, or tip some out into their hand, or just delve their bare hand in and grab some. Next, he started leaving things in the bowl – a pencil, a paperclip, the phone cord, etc. – to see if anyone would be deterred. Finally, he put the bowl on the sink in the men’s room – and even still, within a few days all the M&Ms were gone.

Almost everybody is concerned about their weight, right? But at the same time, most people don’t have the motivation to actually do anything about it. But should those lazy people be deprived of feeling good about losing weight? I think not.

So, here’s my idea. A person’s weight fluctuates throughout the day, right? Especially, presumably, right after you go to the bathroom (meaning #2). So why not have a toilet with a built-in scale? It would weigh you when you first sit down, and then when you stand up, speak aloud to you the change in your sit-down versus stand-up weight.

Everyone is sure to lose a couple pounds in this process, I think, and it seems like it would be a nice, daily reminder to hear a reassuring voice say,

Posted on August 22, 2010 | Comments Off on New Words and Old Words and Book Idea

I took the summer off, but the Oxford English Dictionary didn’t. News has it they just released a list of new words they added to the dictionary. That’s nice.

But here’s what I’d like to see: a list of all the words they remove from the dictionary. I’m sure it happens with every revision – archaic words that have fallen out of use are culled from the language by the vocabulary monitors.

Which is fine, but I’m curious about this, and I think a good book idea would be to publish a book of all the words that have been removed.

But since this would probably bring some of them back into popular usage, they’d then have to be re-added to the dictionary again, and I have a feeling that the dictionary people discourage this flip-flopping. Merriam-Webster’s website wants us to forget about these words, but that is like forgetting your history. A book containing all these words would be a handy and culturally-important thing, and therefore should exist.

But oh, I guess it does – it’s called “old dictionaries.” Oh well.

Update: Hey, this is neat: OED has a “vault of failed words.”

Comments Off on New Words and Old Words and Book Idea

I think this would be a great toy idea:

You know those little foam things, that you put it in water and it grows to a hundred times its size? Well, this one starts out looking like a worm, but then it grows into the shape of a fish.

It would be perfect to put on the end of a kid’s fishing pole so they can “go fishing” in any water, and they’ll catch something every time.

Of course, the drawback is they have to leave it in the water long enough to grow, but still, I think it’d be neat. They could be sold with a little fishing pole, or separately as refills, and could grow into different kinds of fish.

Comments Off on New Toy: Baitfish 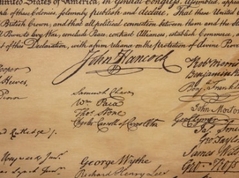 Whenever something happens to someone at work – they get hired, they get married, they get sick, their child graduates, their parent dies, they retire, whatever – someone buys a card, passes it around, and everyone has to sign it.

This annoys me. I don’t like cards in the first place, and I certainly don’t see the need for 30+ people to all write variations of the same theme. Examples:

For years I’ve tried to be creative and original, but now I just don’t care. It’s not that I like my coworkers any less – I just don’t see any value in these cards.

As you might expect, with most of my coworkers, this argument doesn’t hold water. So, I came up with a new card signing strategy.

I noticed that, after half or whatever of the staff have signed the card, pretty much everything you could say has already been said. Subsequent coworkers always read the previous comments and react, “oh, so-and-so already said what I was going to say.” (As if this matters.)

But it occurred to me that when the person of honor reads the card, they have no idea who signed first or last. So since the signing order doesn’t matter, I try to make sure whatever I write will be read first. That way, even if I steal the most sentimental message already written in the card, the person reading the card will read mine first, and then when they see the other one, they’ll think, “oh, person #2 just copied that.”

This strategy requires a fine balancing act. You need to wait until most other people have signed the card, so you have the most material to chose from. However, the longer you wait, the less space you’ll have for a large letters, and the more chance all the prime spots will be taken.

But again, if you sign too early, someone could pull this trick on you so that their message is the first one the person will read. You can’t let that happen – you’ve worked far too hard appearing to be sincere.

Comments Off on Cards for Coworkers